The Name of the Game

When patriot and fraudster Horatio Bottomley became publisher of John Bull magazine in 1906, he quickly turned it from fusty Victorian hangover to thoroughly modern success. By 1914, it claimed a circulation of more than 2 million, and through the First World War it thrived on a diet of puff-chested jingoism, human interest stories and competitions. From the Roaring 20s up to its demise in the Swinging 60s, it held sway as one of the most popular weekly magazines in the UK.

Much of John Bull’s appeal lay in its evocative cover art as well as fiction from an impressive pool of authors that included Agatha Christie, H E Bates and J B Priestley. But what hooked a large percentage of the readership was the competitions section – a mental playground that offered intellectual challenge and, more importantly, serious cash prizes. In that playground, there was one game in particular that became a near obsession for thousands of readers.

Looking back, it’s hard to get a handle on exactly how “Bullets” worked. The basic premise was that the competition setters would supply a word or a phrase which the player had then to ‘complete’ or add to in a witty, apposite way using no more than 4 words of his or her own. Each week, the judges would sift the thousands of entries to come up with a selection of ‘near misses’, ‘good shots’ or outright winners. Prizes for successful attempts ranged from a shilling to hundreds of pounds, along with luxuries including hampers, radiograms and exotic holidays.

The hard part these days is identifying what distinguished the winning entries from all the others. Frames of reference have shifted so much that it’s difficult to see the perceptive relevance or sparks of wit being displayed by the competitors. The playwright Alan Bennett, whose father was a Bullets obsessive, described the successful attempts as ‘verbal cartoons’. Even so, he still ‘couldn’t see the point or the humour of the entries that won; they seemed like Tommy Handley’s jokes – everybody said they were funny, but they never made you laugh’.

Unlike crosswords, acrostics or word searches, Bullets did not have set solutions; there were no unequivocally right answers. As a result, each entry is an indicator of the writer’s thought processes. Like some kind of psychological word-association test, Bullets reflect the concerns and desires of the entrants expressed in their responses to the phrases given by the setters. True, the responses are coloured by the motivation to please the judges and land the prizes, but still they contain clues to the minds of the writers and the world they were living in.

My father was a ‘Bulleteer’ – Bill the Bulleteer – and a pretty successful one at that. When he died, before I ever knew him, he left behind a flaky old satchel stuffed with scraps of paper. As far as I know, there were no great heirlooms or legacies left at his passing – just a rabble of assorted children under the wing of a determined and resourceful mother, and sundry bits of flotsam like the satchel. It was salvaged at the time in June 1957 by my half-brother Ken who, in an act of great generosity, passed it on to me a few years ago. That satchel contained a world of Bullets.

There were certificates and postcards from ‘the Competition Editor’ at John Bull congratulating Bill on yet another good shot or near miss and there were letters from a kind of mini fan club that my father seems to have acquired. But mostly there were scraps; torn notebook pages, squashed envelopes and shop receipts, all spidered over with tiny, immaculate copperplate writing. These were the workings of Bill the Bulleteer, the raw material of his regular successes.

Beneath the competition number, he would write out the phrases set for that week’s Bullets and then scratch down words that probed the theme for puns or lateral interpretations. It seems it was a convention among Bulleteers to flag up a pun or deliberate ambiguity with a liberal use of quotation marks, underlining, dashes and screamers. The result is pages of seemingly random words pinned down in a tangle of excitable punctuation, the main purpose of which was to draw the competition judge’s attention to the competitor’s drift in a kind of ‘do you see what I did there’ plea.

And the judges obviously did get my father’s drift. Every other week he seems to have got at least a ‘near miss’, and frequently won free entry coupons or a couple of shillings and sometimes a few pounds. He was in the frame often enough that at one stage he was invited to supply Bullets to a competition agent who then sold them on to people who didn’t have the knack themselves but could use the service to have a crack at John Bull’s prizes. The pinnacle of his Bulleting career was a grand first prize of £250 and a holiday to Switzerland which sadly he was unable to take. With his dedicated approach to the task and his trickle of cash prizes, my father could be described as a semi-professional Bulleteer.

All the knowledge I have of my father is as fragmentary and ephemeral as the scraps in the satchel. Among all the rabble – my sisters and brothers – I doubt there is much that is more concrete. But each potential Bullet consists of words chosen from my father’s train of thought at a specific point in time and made visible to posterity in beautifully scripted letters. Many of those thoughts will reflect British and world affairs through the late 40s and mid-50s, because the setters would throw in ‘example’ phrases relating to Russia or Tax or Churchill. Many others were more generic, mining the domestic and moral issues that underpinned the lives of John Bull’s largely working class readership, including our own family.


This blog opens up the satchel and looks at our father’s Bullets in detail. There is a story to be told of the competition itself and his participation in it. But there is also a more uncertain and unpredictable story to be told about our family. By focusing on particular Bullets, I’d like to trigger comment and discussion from the rabble and beyond so that we can build a necessarily faltering image of life at Christchurch Street at the time these Bullets were written. In the end, I would like to construct a story of our family and the way we remember things that can itself act as a kind of memento for the future rabble, whose numbers seem to be growing by the year. 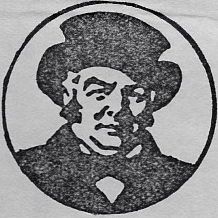 To read the latest and past blog posts, please use the archive menu on the right.