Gone to the Dogs

ALL DAD THINKS OF
Retrieving fortunes at Dogs!

On 24 July 1926, a half-tailed dog called Mistly bounded home ahead of his rivals in pursuit of a clattering mechanical hare to win the first greyhound race in the UK’s first greyhound stadium at Belle Vue near Manchester. The site had been chosen partly because of the popularity of whippet racing in the northern industrial areas. But it was, in reality, a hybrid, its other ancestor being the aristocratic pursuit of hare coursing. The dogs at that first meeting of what was to become the quintessential working-man’s sport were coursers owned by members of the aristocracy. 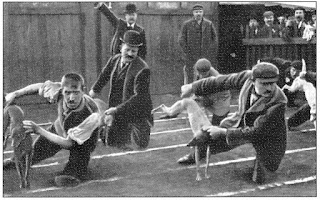 A crowd of 1,700 attended Belle Vue that day, but within a week, the numbers had swelled to 16,000. New tracks opened across the country and by the 1940s there were 77 licensed venues attracting 50 million punters a year. Lately, there has been a rapid decline in the sport, although as late as 2008 – the year that the famous track at Walthamstow closed – greyhounds still accounted for as much as a fifth of all betting shop turnover. When this Bullet was written, though, Greyhound racing was having its heyday.

Stadiums were split between those regulated by The Greyhound Board of Great Britain and independent venues known as ‘flapping tracks’. In theory, the regulated tracks make provision for the dogs’ welfare both during and after their racing career. In practice, campaigners have shown that this is not always guaranteed and the fate of many dogs over the years, when their age catches up with them or their home stadium closes, remains unknown.
In Cambridge, Dad may have been aware of the flapping tracks at Cowper Road and Coldhams Lane, both of which were operating from 1931. The better-known, and regulated, track at Cambridge City FC’s Milton Road ground did not open until 1968 and enjoyed only a brief 15-year run before being closed in 1983.

The Bullet hints that gambling is an obsession that is driven by unrealistic hope. As with buying a lottery ticket, it's the anticipation of what you might do with the jackpot that justifies the outlay, even if there's no likelihood of actually winning. At least with horses, football and dogs the punter can get some edge by studying form. But in the end, as everyone knows, it's the hare that always wins. 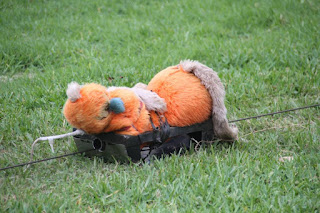 Did Dad like a flutter?
Did Mum like a flutter? (I seem to remember we would always watch the Grand National.)
Does anyone remember the bookies in the back of the grocery shop in James Street?
Did anyone in the family ever get a big win on the horses or dogs?
Posted by Ian Cowmeadow at 02:53 2 comments: