Bullet 1650 (1949)
A WINNER
WHO PICKED DAD – MA!
Just before the Second World War, the agony aunt at the Daily Mirror, Dorothy Dix, imagined what would happen if Adolf Hitler had married Mae West, and Mussolini had got hitched to Marlene Dietrich. The conclusion common to both was that great romantic gestures and fiery temperaments would have to yield to the daily grind if there were to be any chance of conjugal bliss. Romance and reality did not mix and she had a word of warning for the dictators – ‘after the rhetoric comes the rolling pin’.
Dix was writing at a time when her working-class readers were finding more opportunities to get a taste of the glamorous life. Cinemas and dance halls – like the 101 on New York Street in Leeds, where the nightly seven-piece were advertised as playing ‘sweet and hot’ – provided for the first time places that were both public and intimate, and where courting could be done away from the family gaze. 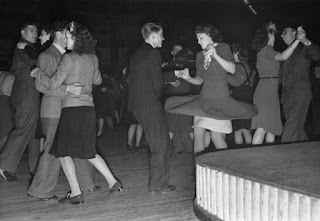 Bright lights and smooth talk may have turned young heads, but Dix found her postbag full of letters from disillusioned new brides. Advising one wife of 8 months in 1939, she suggested that the husband’s offhand manner was probably due to his having a hard day at work. To make the marriage successful, the wife should learn to love him with all his faults. The worst thing she could do was leave because then she would have to support herself through work and, in a nightmarish twist, she would find that “bosses are just as irritable as husbands – so you may as well stick to the job you have undertaken”.

The war and direct encounters with American culture accelerated the development of affordable night life. But, although the war saw women occupying male positions - labouring on farms and milling machine parts for planes and bombs - without the world coming to an end, their status in relationships and marriage was slow to change.
It could be that this was more to do with centuries of immovable tradition than active male oppression. Everybody knows that couples argue, but there existed an ideal of the harmonious marriage that came about through the forbearance of each party (but mostly the wife’s, I suspect) of the other’s foibles. It is an ideal that was celebrated in the ancient ceremony of claiming the Dunmow Flitch. Any couple who could swear to the satisfaction of a jury that they had not argued in one year and a day of marriage could claim the flitch of bacon. Originally, the couple would have to make their oath while kneeling on sharp stones set at the doorway of the church. The award is still offered, but nowadays you can apply online and applications are open for 2016.
By the time this Bullet was written, a slow evolution in ideas about relationships was taking place. Between the 1920s and the 1950s, the perceived ingredients of a good marriage shifted subtly. In her book The English in Love, Clare Langhamer identified a change in what people were looking for by studying thousands of ‘lonely hearts’ ads in publications such as The Matrimonial Post. While in the 1920s, advertisers wanted partners who were “steady and homely”, the 1930s saw people looking for “loyalty and affection”. By the mid-1950s, the majority were trying to find “soulmates”. 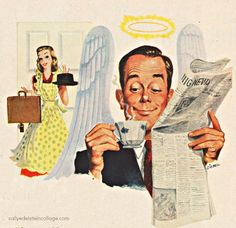 But who is the ‘winner’ here in Dad’s effort? The most obvious interpretation would be Mum, because she drew the prize that was Dad. But it could be read as Dad being the winner because he was ‘picked’ by Mum.
Unusually, all the Bullets on this scrap are written in capital letters. Some of them are marked ‘KEPT FOR OWN USE’, which implies that the others, including this one, were written with a certain Mr C R Saville of Newport in mind. Perhaps a mix of domestic bliss and upbeat ambiguity was the kind of thing that appealed to the agent.


Any comments on this subject would be good - and remember that you can just email me if you feel anything you have to say is too personal to our family.